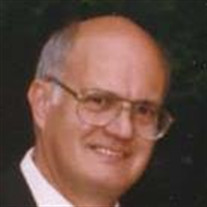 Edward T. Delnero (73) passed away unexpectedly on Thursday, May 23, 2019. Ed was raised in Roselle Park, NJ and was a long time resident of Berkeley Heights and later of Bayville and Manchester, NJ. He was the first in his family to attend college. He earned a Bachelor of Science in Accounting and later a Master of Business Administration at Seton Hall University. He served in the United States Army 82nd Airborne Division as a Specialist in Vietnam from 1968 to 1970. He worked for 32 years for Wagner Corporation in Newark and Parsippany later Federal Mogul. During his long career, he traveled the world making lifelong friends. Later, he was employed by KMCO, Houston, TX as a Vice President. He returned to his accounting roots as a civilian employee of the Department of Defense, working at Fort Monmouth and Aberdeen Proving Grounds, MD. He was a devoted husband of 50 years to Pamela S. Delnero (nee Davis), loving father of Cynthia M. Souza and her husband Victor of Scotch Plains, NJ and Major Edward T. Delnero, U.S. Army and his wife Karen of Yorktown, VA, proud grandfather to Dominic Souza, Joseph Souza and Sofia Delnero. He is also survived by his siblings Charles Delnero, Jr. and his wife Diane of Statesville, NC, dear brother Richard Delnero and his wife Barbara Ann of Lawrenceville, GA and Barbara Jean Delnero of Roselle Park, NJ, as well as his brother-in-law John Davis of Union, NJ, nieces and nephews, Tara Poggi, Daniel, Kyle and Chelsea Delnero, his Aunt Dorothea Johnson of Roselle Park, NJ and numerous cousins and friends. As well as, his faithful companions Cocoa and Tippy. Ed was a lifelong practicing Catholic and communicant of St. Elizabeth Ann Seton. He volunteered with the Boy Scouts and served as the Scout Master of Troop 368 in Berkeley Heights, NJ. He also coached baseball and basketball teams there and was a fan of his children and grandchildrens’ activities. He loved his Lionel trains, playing Texas Hold’em Poker with his friends at the club house, enjoyed golf, the beach and traveling to Virginia and Cape Cod with his wife Pam. He will be greatly missed by all who knew him. Arrangements have been made by Carmona-Bolen Home for Funerals with visitation on Sunday, June 2, 2019 from 3 pm to 8 pm at 66 Lacey Road, Whiting, NJ 08759. The Funeral Mass will be held on Monday, June 3, 2019 at 10:45 am at St. Elizabeth Ann Seton Roman Catholic Church, 30 Schoolhouse Road, Whiting, NJ 08759. Interment will be on Monday, June 3, 2019 at Brigadier General William C. Doyle Veterans Memorial Cemetery, 350 Provinceline Road, Wrightstown, NJ 08562. In lieu of flowers, please consider making a donation in his memory to the Seton Hall University Alumni Scholarship Fund, St. Jude’s Children’s Research Hospital or the ASPCA.

Edward T. Delnero (73) passed away unexpectedly on Thursday, May 23, 2019. Ed was raised in Roselle Park, NJ and was a long time resident of Berkeley Heights and later of Bayville and Manchester, NJ. He was the first in his family to attend... View Obituary & Service Information

The family of Edward T Delnero created this Life Tributes page to make it easy to share your memories.

Send flowers to the Delnero family.