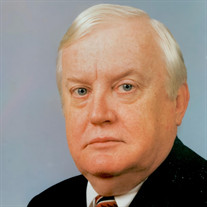 A beloved father, grandfather, son, brother and friend, George died suddenly and peacefully in his home on May 17, 2020. Born at St Peters Hospital in New Brunswick, where George grew up, he was an alter boy at St Peter’s church and graduated from St Peter’s High School. The first in his family to attend college, George graduated from the University of Dayton. He proudly served as a Captain in the US Army, including a tour in Vietnam in 1965-1966. After completing his service in the army, he received his MBA and spent his career as a businessman before becoming a realtor later in life. While George lived most of his life in New Jersey, he traveled the world for the military, work and pleasure, living abroad in Europe and Asia for periods of time. As a younger man he was an avid runner who completed several marathons. George loved to read historical non-fiction and biographies, spending time with his friends and family, and watching sports, especially college football and basketball. There was nothing George loved more than his family. He was a devoted father and grandfather, enthusiastically attending as many performances, shows and events as he could, and sharing his love of reading, history, math and sports with his grandchildren. George was predeceased by his parents Catherine Schumann (Clancy) and George Schumann, sister Margaret Mogor (Schumann) and brother John Schumann. Surviving are daughters Patricia Schumann and son-in-law David Steck of Yonkers NY; daughter Pamela Schumann and husband Richard Keller of Cold Spring NY; grandchildren Gabriel and Maia Keller and Owen and Mathilde Steck. The family will hold a small, remote service this week followed by a Celebration of Life once social distancing restrictions have been lifted.

A beloved father, grandfather, son, brother and friend, George died suddenly and peacefully in his home on May 17, 2020. Born at St Peters Hospital in New Brunswick, where George grew up, he was an alter boy at St Peter&#8217;s church and graduated... View Obituary & Service Information

The family of George R. Schumann created this Life Tributes page to make it easy to share your memories.

Send flowers to the Schumann family.