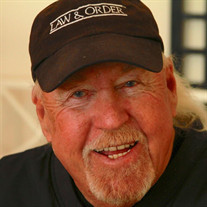 Gerald (Jerry) Rehrer, 75 years old, Point Pleasant, New Jersey. Jerry Rehrer, who was born in Elizabeth, New Jersey on August 9, 1945, the son of John L. Rehrer and Clara Rehrer (Galvin) passed away peacefully on April 29, 2021. Jerry lived in Elizabeth before moving to the Jersey Shore in 1961 and settling in Point Pleasant where he resided for the rest of his life. Jerry enjoyed a successful career in business beginning when he was 11 years old, selling newspapers and soda from his wagon up and down the car inspection lines. He dabbled in many areas of business, real estate and entertainment. Jerry's business acumen allowed him to travel the world many times and provide his family with an amazing lifestyle. Jerry's incredible life experiences lead to countless stories that he shared with his family, friends and associates. Everyone who met him knew he was a "one of a kind", "larger than life" personality. He made friends everywhere he went. He had a special way to connect to people and always had an anecdote to offer. His family and friends affectionately referred to his as "The Jer." Not only was Jerry the patriarch of his family, he was an adoring husband to his wife of nearly 51 years, Linda (Reynolds). The two met in 1961 and were together ever since, having married in 1970. Jerry and Linda shared innumerable adventures and worked side by side every day managing their businesses. They shared a love and bond that was so special and unbreakable. Jerry was also the proudest father of 3 daughters over whom he boasted at every opportunity, Linda M. Rehrer, Esquire (John Heims), of Brick, Victoria L. Rehrer, Esquire (Richard Hoffman) of Point Pleasant and Gina M. Rehrer (Frederick Philipp) of Point Pleasant. His legacy continues on with his 6 adoring grandchildren, ranging from 14 to 6, Jack Heims, Tori Hoffman, Grace Heims, Lily Heims, Ricky Hoffman and Freddy Philipp and niece, Lauren Philipp. Jerry loved exotic cars and fast boats and enjoyed them through the years. He was known for his ruffled shirts, diamond rings and flashy persona. Jerry most loved making deals. His business mind never stopped. He was constantly thinking, and loved talking "business" with anyone who would listen. Jerry was loved and admired by many and will be greatly missed by all who knew him, especially is family. At the request of the family, the services will be private. The family intends on having a public celebration in coming weeks which will be announced at a later date. To honor Jerry's legacy, in lieu of flowers the family requests that donations be made "In the memory of Jerry Rehrer" to Memorial Sloan Kettering.

The family of Gerald (Jerry) Rehrer created this Life Tributes page to make it easy to share your memories.

Send flowers to the Rehrer family.