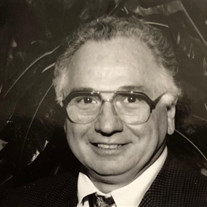 Giocchino “Jack” Panzini-departed this life peacefully on December 2, 2020. Jack was born on April 2,1930 in Jersey City. Although Jack left Jersey City, Jersey City never left him. Jack moved from Jersey City in 1960 to South Toms River with his wife Kay where they raised their three children. Jack worked as a Lab Technician for Ciba Geigy, then known as Toms River Chemical, for many years. He was a proud member and trustee of the Oil, Chemical & Atomic Workers Union where he prided himself on vigorously debating issues with management. It was said Jack caused several Union Negotiators to quit in frustration. When he retired from Ciba Geigy he opened one of the earliest Jersey Mike’s Subs in Beachwood, N.J. Jack and Kay ran the Jersey Mike’s Subs for many years until they relocated to Whiting, N.J. Jack was a long-time member of the Toms River Regional Schools Board of Education. He served numerous terms as the President. Jack was instrumental in the building of the elementary school servicing South Toms River and has a media center there named in his honor. He thoroughly enjoyed his time and close relationships with many Board Members and Administrators. He was proud of all the positive contributions and accomplishments. He enjoyed nothing more than a spirited exchange with the audience, which usually ended with him throwing someone out of the meeting. Jack was always the life of the party. Ever quick with the jokes- some good, some bad but all told with love an enthusiasm. No matter the surroundings or the circumstances, Jack had a joke at the ready and was able to deliver it with perfect timing. Jack was predeceased in 2003 by his loving wife of 48 years Kay. He was blessed thereafter to find a loving companion in Meredyth Onuchovsky with whom he spent 11 wonderful years. Meredyth predeceased Jack in 2019. In his final days Jack’s family debated if Jack was going to be able to handle the two women that loved him. Jack is predeceased by a son Joseph. He is survived by his three children, Frances Panzini-Romeo and husband Ron of Livingston, N.J., Laura Panzini-Kardum and husband Egon of Brick, N.J. and James and wife Colleen of Spring Lake, N.J. Jack is survived by 11 grandchildren, Lauren Donnelly (James), Christopher Steele (Katelyn), Carlyn Romeo, James Panzini, Blaise Panzini, Madison Schaffhouser, Shane Panzini, Gioacchino Panzini, Tara Sorrentino (Jeremy), Chris Kardum and Justyn Kardum. He is also survived by two great-grandchildren, Grace Steele and Serafina Sorrentino. Jack loved all his grandchildren immensely. He enjoyed following the “Panzini Boys” athletic endeavors and loved to attend their games. All his grandchildren were his pride and joy. He was blessed to have seen graduations, weddings and births and was well aware of how fortunate he was. Jack’s love for life and positive energy was contagious. When asked what he would do if he won the lottery he answered “I already won the lottery, I have everything I could want, my family, my friends and a great life.” If we all thought like Jack the world would be a better place. Jack’s passing will leave a void in the lives of his family and friends. In the wise words of Winnie the Pooh “How lucky I am to have something that makes saying goodbye so hard.” In lieu of flowers donations to St. Jude Children’s Research Hospital would be appreciated. www.stjude.org

The family of Giocchino "Jack" Panzini created this Life Tributes page to make it easy to share your memories.

Send flowers to the Panzini family.