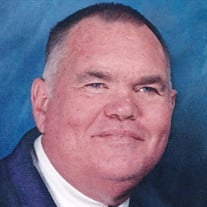 Harold George Jones passed peacefully at home on January 30, 2021 surrounded by family. He was born in Paterson, NJ on January 20, 1947 to Harold and Ida Jones. He attended Haledon Public School and graduated from Manchester Regional High School in Haledon, NJ in 1966. At the age of 16, he joined the Haledon Ambulance “Y” Squad and served as a cadet for 2 years. In 1968, Harold joined the Paterson Fire Department and became a firefighter. He was also a member of the Civil Defense Auxiliary, assigned to Engine 12, and later assigned to Engine 11. At the age of 21, Harold joined the Haledon Fire Co. No. 2. Harold married Marilyn Moore in 1970, with whom he recently celebrated 50 years of marriage. Harold worked for the NJ Department of Transportation as a Senior Clerk before retiring. Harold and his wife moved to Seaside Heights in 1979 where they lived for 20 years, raising their daughter Brenda. While residing in Seaside Heights, both Harold and Marilyn were members of Tri-Boro First Aid. Harold also served on the Hugh J. Boyd Elementary School P.T.A. as the President. For their next chapter in life, they moved to Sayreville, NJ. Harold was appointed by the Mayor to the Sayreville Day Committee and was also appointed as an American Disability Act Commissioner, where he served these roles for 3 years. He was also a 3rd degree member of Knights of Columbus. Harold and his wife later moved back to the Jersey Shore and lived in Toms River, where Harold joined the Deborah Hospital Foundation – Holiday City Berkeley Chapter and served as President. Some of Harold’s hobbies included bowling, collecting fire and rescue memorabilia, watching the New York Yankees and WWE Wrestling. He also enjoyed listening to his grandson play music on his various instruments, and spending time with his daughter’s 4 dogs. Harold was a devoted husband, father, grandfather, brother, father-in-law, brother-in-law, and uncle. Until his last breath, everything he did was always for them. Harold is survived by his wife Marilyn Jones; daughter Brenda Dean and her husband Rocco Dean; grandson Zachary Dean; brother Robert Jones and his wife Lucy Jones; his many nieces and nephews; assistant caretaker Laura Zahorbenski; and friends. Harold is predeceased by his father Harold Jones and mother Ida Jones. Relatives and friends are invited to attend the viewing on Friday, February 5th from 10:00am – 12:00pm at the Carmona-Bolen Funeral Home located at 412 Main St, Toms River, NJ 08753 with burial immediately following at the Ocean County Memorial Park located at 1722 Silverton Rd, Toms River, NJ 08753. In lieu of flowers, the family kindly requests donations to be made in Harold Jones’s name to Deborah Heart and Lung Center 200 Trenton Rd, Browns Mills, NJ 08015.

The family of Harold George Jones created this Life Tributes page to make it easy to share your memories.

Send flowers to the Jones family.