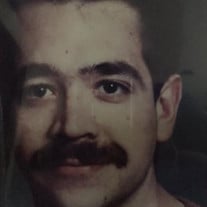 John Mark Patti, 65; former resident of Carlstadt John Mark Patti, 65, former resident of Carlstadt, passed away on February 12, 2017 at Community Medical Center, Toms River, following an ongoing illness. John Mark had been residing in a nursing facility in Toms River following the tragic motorcycle accident, in which he was involved, in 1987. There had been many ups and downs through the years with early rehabilitation, and ultimately, nursing care. John Mark was born in Passaic on June 29, 1951. He grew up in Carlstadt, attending Lindbergh School, and graduated from East Rutherford High School in 1971. John Mark attended the Newark School of Art, Newark NJ, where he studied commercial art, later used in his automotive career. He was an avid runner, engrossed in weight lifting, vitamin therapy, and "natural foods", back in the early 70s. He had a love of anything related to the automotive industry, and started his own business; Astro Polishers, a specialized automotive and detailing business in Carlstadt. He had many local businesses and area residents as clients, and took special pride in his work as the business grew and thrived. John Mark is survived by his parents, John and Ruth (née Perri) Patti, of Toms River, a sister, Gail Patti Nicholas of Basking Ridge, and a much beloved niece, Lauren Nicholas of Northampton PA. John Mark also had a special bond with his brother in law, "Will", William J. Nicholas, III, whom has no doubt greeted him in Heaven. He was blessed with many aunts, uncles and cousins, and wonderful friends. There will be a private memorial service of remembrance for John Mark in Toms River on Saturday, March 03, 2017.

The family of John Mark Patti created this Life Tributes page to make it easy to share your memories.

Send flowers to the Patti family.