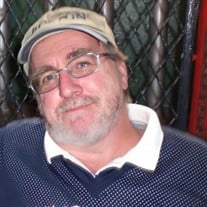 Joseph P. “Joe” Fillimon, 69, of Beachwood, NJ, passed away on April 27, 2020. He was born in Newark, NJ, on December 31, 1950. He was a devoted husband, father, grandfather, brother , and avid Boston Red Sox fan. He enjoyed yearly road trips, with his four grandchildren, Peter, Arianna, Ian, and Jayden Quiros, to Fenway Park, to root for his favorite team. As well as, monthly lunches with his brother and cousins that he grew up with. Predeceased by his parents Frank A. Fillimon and Carmela (Del Grippo) Fillimon, Joe is survived by his wife Jane (Schwalbach) Fillimon, of 47 years, his supportive son-in-law Cristian Quiros, daughter Nicole Quiros, and his brother Frank Fillimon (wife Christine), and his sister Rosemary Fillimon (fiancé Dominick Patronelli); three Godchildren, Jane DeMayo, of Randolph, Megan McGrath, of Carteret, and Alex Fillimon, of Madison, NJ, and several other beloved nieces and nephews, grand nieces and nephews, and many cousins and friends who will miss Joe for his loyalty and down-to-earth attitude. He worked with the Newark, Brick, and Eatontown postal services as a supervisor for 35 years. He also spent 15 years working as a mechanic in Sears, Toms River, and a year working in Sakers Shoprite, Toms River. Circumstances require the funeral to be privately held and a memorial celebration to honor Joe’s life will be planned at a later date. Funeral services are under the direction of Carmona Bolen Funeral Home, Toms River. To express condolences visit www.carmonabolenfh.com.

The family of Joseph P Fillimon created this Life Tributes page to make it easy to share your memories.

Send flowers to the Fillimon family.