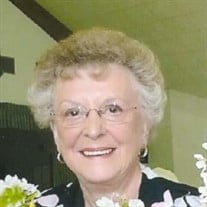 Karen Dorothy Redmond Mohr, 79, of Whiting passed away peacefully at Community Medical Center, Toms River. She was born on August 18, 1940 in Yonkers, New York to Martin and Dorothy (Anderson) who predeceased her in 1975 and 1990 respectively. She graduated from Yonkers High School in 1958 and received her Registered Nursing degree in 1961 from All Souls Hospital, School of Nursing in Morristown, NJ. She worked as a Nurse at several locations including New Rochelle Hospital in New York, Franklin Square Hospital in Maryland and Lakewood Surgical Group with offices in Lakewood and Whiting New Jersey. In October of 1963 she married Dr. Gabriel Curtis. He predeceased her in September 2015. In November of 1981, she married Luther A. Mohr, whom she lovingly called her “country gentleman” and they made their home in Crestwood Village IV. Luther predeceased her in March 1997. Karen was very active in the community belonging to numerous clubs and organizations including the Whiting First Aid Squad, Crestwood Village IV Women’s Club, Crestwood Village Garden Club and Crestwood Village Camera Club. One of her greatest accomplishments was volunteering for The Crestwood Sun Village Sun Newspaper as Editorial Assistant. In 1999 she graciously assumed the position of Managing Editor and she proudly held that position until 2019. Karen was also named as The Whiting Business Association’s Member of the Year for 2014. She enjoyed photography, tending to her cherished flower garden and traveling. Karen leaves behind her three beloved children, Kim Curtis of Cos Cob, Connecticut, Kris (William) Irey of Bayville, New Jersey and Robert (Laura) Curtis of Ponte Vedra, Florida and eight grandchildren, Victoria, Stephanie, Joseph, Danielle, Jake, Samuel, Alaina and Braden. She deeply loved her grandchildren and took great pride in them. She is survived by her sister, Gayle (Norman) Zaks of Ormond Beach, Florida, a niece Jennifer Lotz and two nephews, Marty Parsons and Matthew Kolakowski and cousins Edward Hudak, Lynne Marchionni and Barbara Kochevar. Karen enjoyed the many fond memories with her wonderful friends and her much loved cat, Ellie. A memorial service to honor Karen will be held and announced at a later date. Arrangements are under the direction of Carmona Bolen Home for Funerals, 66 Lacey Road, Whiting. In lieu of flowers, donations may be made in Karen’s name to Christ Lutheran Church or Our Daily Bread Food Pantry of St. Stephen’s Episcopal Church Route 539 Whiting, New Jersey.

Karen Dorothy Redmond Mohr, 79, of Whiting passed away peacefully at Community Medical Center, Toms River. She was born on August 18, 1940 in Yonkers, New York to Martin and Dorothy (Anderson) who predeceased her in 1975 and 1990 respectively.... View Obituary & Service Information

The family of Karen D Mohr created this Life Tributes page to make it easy to share your memories.

Send flowers to the Mohr family.