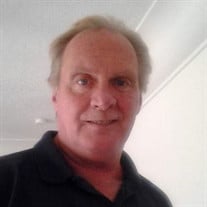 Kenneth A. Betterley of Bayville, a lifelong resident of New Jersey, passed away on 1/2/2020. Kenny enjoyed spending time with his family, listening to country music, car rides, and spending time with his wife. He was kind and would try to help people whenever he could. Ken is preceded by his father, John W. Betterley, his mother, Lorraine A. Hyres Betterley, and his beautiful wife, Diane Betterley. He is a father to his two children: his son, Kenneth G. Betterley, and his daughter, Lisa M. Betterley with her boyfriend Kevin Mitchell. He is a stepfather to his three stepchildren: Diana VanPelt Hitchner, Angel Pomales with his girlfriend, Lindsay Reid, and Michael VanPelt with his wife, Stephanie VanPelt. He is a step-grandfather to his step-grandchildren: Clay Hitchner, Cody Hitchner, Roseanna Pomales, Lily VanPelt, Amber VanPelt, and Connor VanPelt. He is a brother to his siblings: Carol Brown, John W. Betterley with his wife, Marian Betterley, Lorraine Winton with her husband, Paul Winton, and his baby brother, Leonard Betterley. He is an uncle to his nieces and nephews: Robin Brown, Patty Brown, Ruth Colavito with her husband, Eugene Colavito, Louann Fink with her husband Mitchell Fink, Theresa Montgomery with her husband Richard Montgomery and their children, Bryce Stetson, Josh Montgomery, Ayden Montgomery, and Hunter Montgomery, Samantha Winton and her children, Travis Rauch, Kaiden Rauch, and Jackson Rauch, Savannah Durante with her husband, Choi Durante, and their children, Justice Durante and Jolee Vasquez. The service will be held at Carmona-Bolen Funeral Home at 412 Main Street, Toms River from 3 pm to 5 pm on Thursday, January 9th. A reception will follow the service at Cedar Grove Methodist Church at 797 Bay Avenue, Toms River.

The family of Kenneth A. Betterley created this Life Tributes page to make it easy to share your memories.

Kenneth A. Betterley of Bayville, a lifelong resident of New...

Send flowers to the Betterley family.