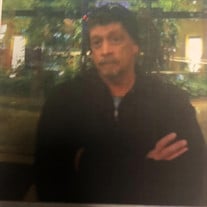 Kenneth “Ken” Jackson of Beachwood, New Jersey, passed away on February 21, 2022 at the age of 58. He is survived by his loving wife of 32 years, AnnMarie, as well as his son Daymian, daughter Caysey, and grandson Rivur. He is preceded in death by his father James Jackson and brother Jimmy. He will be remembered by his mother Catherine Jackson, twin sister Paula, sisters Susan and Hillary, and many nieces, nephews, great nieces, and great nephews. Ken was born on November 19, 1963 in Philadelphia, Pennsylvania to James and Catherine Jackson. After graduating high school in his hometown of Toms River, New Jersey, Ken served honorably in the United States Army before obtaining a bachelor’s degree in Criminal Justice from Stockton University. A project manager for nearly 30 years, Ken was adored by the many homeowners and subcontractors with whom he collaborated. He was known for going above and beyond—one family remembers Ken arranging a surprise ride on an excavator, complete with balloons and an impromptu ribbon-cutting ceremony, for their young son who was battling cancer. Ken enjoyed spending time with his family. His dry wit and sharp sense of humor were well known, often keeping the room howling with laughter at family gatherings. One of Ken’s favorite pastimes was watching mixed martial arts, inspiring his son to practice the martial art of Jiu Jitsu. Ken also loved nature. As a young boy exploring the swamps and streams of New Jersey, he would shock his friends by suddenly scooping up a snake or lizard with one hand. He carried a “critter-catching” jar in his truck—just in case—until his last day. His family will cherish and share these stories for years to come. A memorial service for Ken will be held on March 5, 2022, from 2:00 to 4:00 p.m., at Carmona-Bolen Home for Funerals, 412 Main Street, Toms River, New Jersey. To honor Ken, please dress casually. In lieu of flowers, the family asks for small “critter-catching” kits which will be donated to his grandson’s school.

Kenneth &#8220;Ken&#8221; Jackson of Beachwood, New Jersey, passed away on February 21, 2022 at the age of 58. He is survived by his loving wife of 32 years, AnnMarie, as well as his son Daymian, daughter Caysey, and grandson Rivur. He is preceded... View Obituary & Service Information

The family of Kenneth Jackson created this Life Tributes page to make it easy to share your memories.

Kenneth “Ken” Jackson of Beachwood, New Jersey, passed away on...

Send flowers to the Jackson family.