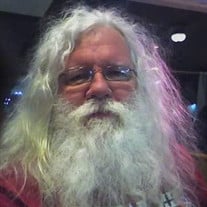 Raymond George Hess – November 24, 1952 – December 17, 2019 Ray was born in Jersey City, NJ to George and Gloria (Kleess) Hess, he passed away quietly with his family surrounding and supporting him. He lived in Secaucus and moved to Toms River in 1962. From that time, he attended Toms River schools and graduated from Toms River High School South in 1970. To his credit, Ray worked at various jobs including Sears as a service technician. He joined the Navy in 1972 and was honorably discharged due to medical injuries in 1973. He served on a Naval vessel off the coast of California as a technician working on helicopters brought back from Vietnam. After leaving the Navy, he moved to Lakewood to raise his children with wife, Linda. As he got a bit older, he looked like Santa Claus and used the name “Santa Hess” for several years. He took on the role around the Christmas season to entertain children through various charities. Ray was very smart and had an amazing memory. He loved telling stories about his school years, riding his motorcycle on poker runs, road trips, attending concerts, dancing and working on cars. His greatest love was for his family. He was predeceased by his parents, George and Gloria (Kleess) Hess and his Granddaughter, Rosalia Lynn. He is survived by his beloved children, Son, Jason and Wife, Jennifer, and his Daughter, Stephanie Lynn and Husband, Robert. His adoring grandchildren will miss him including Annelyse, Killian, Jayden, Robert, Meadow, John, Jason Jr. and Calvin. Also his siblings: Brother Robert(Diane), Sister Kathleen(Vincent), Sister Patricia(Rich) and Sister Andrea(Kenny), along with several nieces and nephews as well as his caregiver and dear friend Sue. Visitation will be held Sunday December 22, 2019 from 4:00pm to 8:00pm at "The Family Owned" Carmona-Bolen Funeral Home, 412 Main Street, Toms River. A service will be held Monday 10am at the funeral home followed by burial at Saint Mary of the Lake Cemetery, Lakewood, next to his granddaughter, Rosalia Lynn. In lieu of flowers, please make a donation to the family. Monies donated will go to multiple Veterans Organizations. Ray, you will be missed by so many! But we rejoice in the knowledge that you are at peace and no longer in pain. Heaven is now your dance floor, never lose your beat!

Raymond George Hess &#8211; November 24, 1952 &#8211; December 17, 2019 Ray was born in Jersey City, NJ to George and Gloria (Kleess) Hess, he passed away quietly with his family surrounding and supporting him. He lived in Secaucus and moved... View Obituary & Service Information

The family of Raymond G. Hess created this Life Tributes page to make it easy to share your memories.

Send flowers to the Hess family.