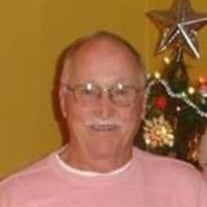 Robert E. Payne of Whiting, formerly of Millsboro, DE, died peacefully, Sunday, April 3, with his family by his side. He was born in Jersey City, to Frederick and Edna Payne. Bob attended Dickinson High School, Jersey City. He is predeceased by 5 siblings. Robert is survived by his loving wife of 44 years, Maryann Payne; children, Fred Durasky and wife, Bonnie of Millsboro, DE, John Durasky and Lorre of Waretown, NJ and Jennifer and Robert Payne of NJ. He was a devoted Grandpa, Pop Pop, Poppy to Nicholas, Ashley, Jake, Maylen, Mylam and Alex and great grandpop to Vincent. Bob was a loving, caring Uncle and friend and was always there to help anyone. He was often invited to dinner but told to bring his tools, which gave him great joy to help out anyone in need. Bob worked in the Propane Gas business in New Jersey and Delaware and held many positions such as, Service Tech, Manager and Sales Field Director. For Bob, his deep faith, family and friends was his foundation of how he lived his life. He was a member of St. Stephen’s Episcopal Church, Whiting and formerly of St. George’s Chapel, Harbeson, DE. He was an avid, diehard fan of the NY Giants and has a vast collection of memorabilia. He loved to travel throughout the United States and Europe, but his favorite vacation was cruising, which he and his wife took many. Bob was a proud member of the US Army and served his country with dignity and pride, having enlisted after high school. He served 3 years in Korea. His smile, his willingness to help anyone, his great handyman skills will always be cherished fondly by many but especially by his family. In lieu of flowers, memorial contributions in Bob’s name may be made to St. Stephen’s Episcopal Church, Whiting or St. George’s Chapel, ECW, Harbeson, DE.

Robert E. Payne of Whiting, formerly of Millsboro, DE, died peacefully, Sunday, April 3, with his family by his side. He was born in Jersey City, to Frederick and Edna Payne. Bob attended Dickinson High School, Jersey City. He is predeceased... View Obituary & Service Information

The family of Robert E Payne created this Life Tributes page to make it easy to share your memories.

Send flowers to the Payne family.