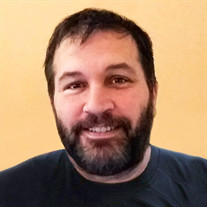 William R. Coon, 55 was called to heaven on Sunday, February 20th while at his home. Born in Lakewood, NJ he resided in Toms River prior to moving to Haddonfield, NJ. Among his accomplishments, Bill received his associate’s degree in business from Ocean County College, his bachelor’s Degree in public administration from Trenton State College and his master’s degree in education from Arcadia University. Prior to college, he attended Toms River High School East where he enjoyed playing soccer for the school team. Besides playing soccer when he was young, he coached for Toms River Youth Soccer. While in college, he helped organize Hands Across America and volunteered his time in various soup kitchens, His greatest sports love was for the Philadelphia Eagles. He certainly was their greatest fan! He really enjoyed watching the Phillies and the Sixers. He had a passion to travel, as he went to several different countries, and saw 47 of the 50 states. However, his greatest love was for God, his children, his family, and his friends. He worked as a teacher at Camelot Excel School North and South, Southwest Accelerated Learning Academy, Community Education Partners, and Cerebral Palsy of Monmouth and Ocean. As much as he loved them, he was loved by his fellow teachers and students. He is survived by his parents Willard Coon and Patricia Coon (Becker), his children William and Alaena Coon, his sister Laura Garcia (Coon), his brother Robert Coon and wife Heather, his nieces and nephew Sherri Burgdorff (Garcia) and husband Christopher Burgdorff, Michael McDonnell (Garcia) and wife Alyssa McDonnell, and Finley Coon as well as a great niece Sophia Burgdorff; step sons, Douglas, Devon and Drew Cimino and by many cousins. He was known to many for always having a smile, cracking silly jokes, and for keeping a positive attitude while dealing with his diabetes and related medical conditions. He will be sorely missed by anyone that had the pleasure of knowing him. In lieu of flowers, contributions may be made to: American Diabetes Association (https://www.diabetes.org/ways-to-give); American Heart Association (https://www.heart.org/en/get-involved/ways-to-give);or National Kidney Foundation (https://www.kidney.org/donation) There will be a graveside service Friday February 25 12pm at St. Joseph Cemetery, Toms River, NJ The Family is requesting masks be worn to attend the service

William R. Coon, 55 was called to heaven on Sunday, February 20th while at his home. Born in Lakewood, NJ he resided in Toms River prior to moving to Haddonfield, NJ. Among his accomplishments, Bill received his associate&#8217;s degree in... View Obituary & Service Information

The family of William R. Coon created this Life Tributes page to make it easy to share your memories.

William R. Coon, 55 was called to heaven on Sunday, February...

Send flowers to the Coon family.